The Future We Choose: A Stubborn Optimist's Guide to the Climate Crisis 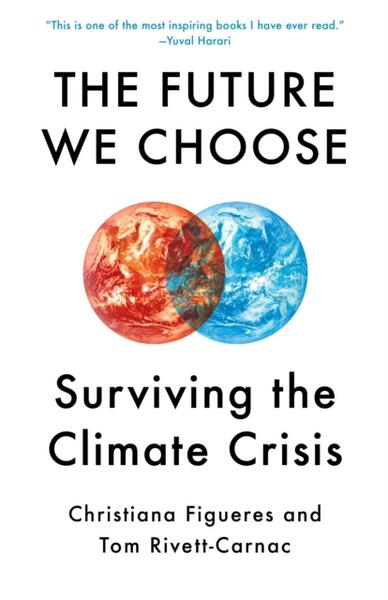 Christiana Figueres and Tom Rivett-Carnac–who led negotiations for the United Nations during the historic Paris Agreement of 2015–have written a cautionary but optimistic book about the world’s changing climate and the fate of humanity.

The authors outline two possible scenarios for our planet. In one, they describe what life on Earth will be like by 2050 if we fail to meet the Paris climate targets. In the other, they lay out what it will be like to live in a carbon neutral, regenerative world. They argue for confronting the climate crisis headon, with determination and optimism. The Future We Choose presents our options and tells us, in no uncertain terms, what governments, corporations, and each of us can and must do to fend off disaster.

CHRISTIANA FIGUERES and TOM RIVETT-CARNAC are the cofounders of Global Optimism, an organization focused on bringing about environmental and social change. They have worked closely with key campaigners supporting efforts to ameliorate the consequences of climate change, among them Greta Thunberg, Al Gore, Leonardo DiCaprio, His Holiness the Dalai Lama, Jane Goodall, David Attenborough, and Robert Redford.