Fashionopolis - The Price of Fast Fashion and the Future of Clothes 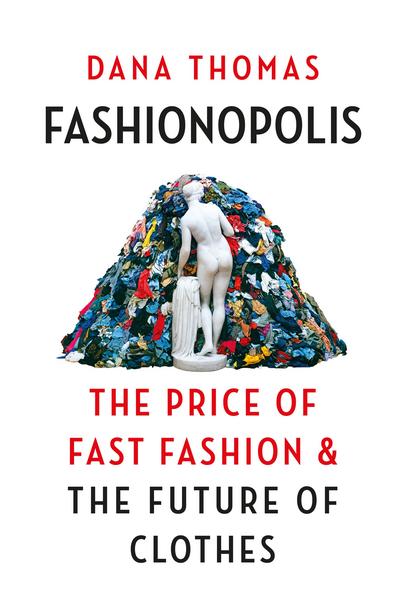 Fashionopolis is the definitive book on the cost of fast fashion, and a blueprint for how we get to a more sustainable future.

Fashion has blighted our planet. Today, one out of six people on earth work in fashion, churning out 100 billion garments a year. Yet 98 percent of them do not earn a living wage, and 2.1 billion tonnes of clothing is thrown away annually. The clothing industry’s exploitation of fellow humans and the environment has reached epic levels. What should we do?

Bestselling author and veteran journalist Dana Thomas has travelled the globe to find the answers. In Fashionopolis, she details the damage wrought by fashion’s behemoths, and celebrates the visionaries – including activists, artisans, designers, and tech entrepreneurs – fighting for change.

We all have been casual about our clothes. It’s time to get dressed with intention. Fashionopolis is the first comprehensive look at how to start.

‚Thomas takes a story most of us think we know, but tells it better and in compelling, readable detail‘ The Times

‚Thomas is a conscientious reporter – as evidenced in her research, which is studded with statistics‘ Times Literary Supplement

Dana Thomas is the author of Fashionopolis: The Price of Fast Fashion and the Future of Clothes, Gods and Kings: The Rise and Fall of Alexander McQueen and John Galliano and the New York Times bestseller Deluxe: How Luxury Lost Its Luster. Thomas began her career writing for the Style section of the Washington Post, and for fifteen years she served as a cultural and fashion correspondent for Newsweek in Paris. She is a regular contributor to the New York Times Style section. She has written for the New York Times Magazine, The New Yorker, Wall Street Journal, Financial Times, Vogue, Harper’s Bazaar, T: The New York Times Style Magazine, and Architectural Digest. In 1987, she received the Sigma Delta Chi Foundation’s Ellis Haller Award for Outstanding Achievement in Journalism. In 2016, the French Minister of Culture named Thomas a Chevalier of the Order of Arts and Letters. And in 2017, she was a Logan Nonfiction Fellow at the Carey Institute for Global Good. She lives in Paris.